Jones Branch is a way of paying homage to two women whom I was named after and also instilled the “fiber arts bug” in me – my grandmothers. I can remember sitting on Grammy Carrie’s bed with a box of buttons, a scrap of cloth, a threaded needle and sewing away as long as that thread lasted and asking for more when I came to the end. I remember Grammy Lee giving me needlework kits to stitch, beautiful embroideries and more. So (or sew) I started on the fiber arts road literally as a toddler sewing buttons onto scraps of cloth and it blossomed from there.

My creative side took some twists and turns along the way after I married my husband since he was in the Navy and moving made it difficult to keep a studio. I made custom needlepoint pieces for a shop in Jacksonville, FL for many years; designed and stitched counted cross stitch pieces for a shop in Norfolk, VA; took part in some craft fairs along the way; and have well over 5,000 volunteer hours with the Navy Marine Corps Relief Society from knitting baby layettes.

My art has been exhibited across the country, and a pair of gloves I designed and knitted by hand may be seen at Bletchley Park Museum in England if they are not being worn by a docent or used for some other event. I work mainly in the Fiber Arts realm but delve into other areas as well including origami, resin and anything else that captures my imagination. 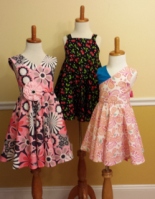 Our Winter Hours are: